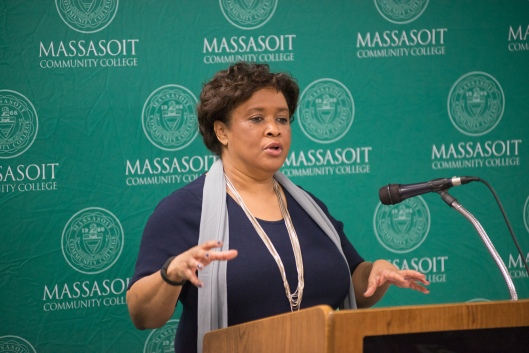 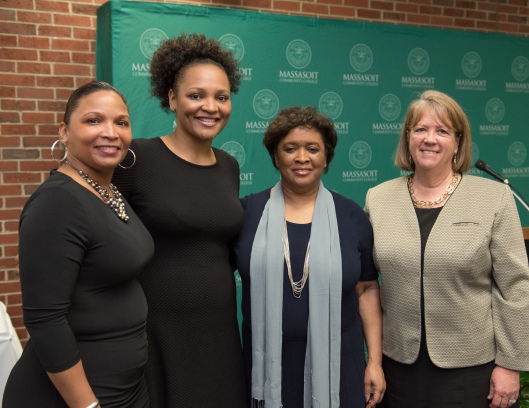 Linda Spears was appointed as Commissioner of the Department of Children and Families by Governor Charlie Baker in February of 2015.  Most recently, she worked at the Child Welfare League of America as the Vice President of Policy, Programs and Public Affairs.

Commissioner Spears began her career working for the Rhode Island Department of Children, Youth and Families as a Social Caseworker. After spending four years there, she came to Massachusetts to work for what was then called the Department of Social Services (now DCF). She remained for nearly a decade, serving in a variety of roles, the last of which was Director of Field Support. 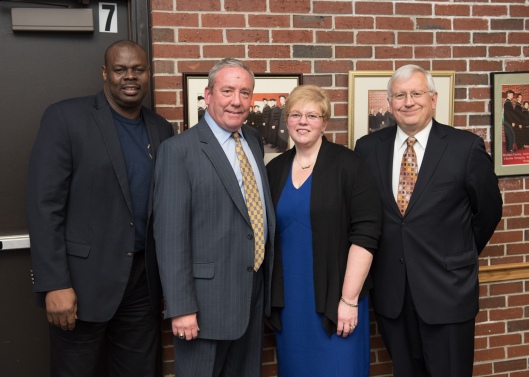 Massasoit Community College is pleased to announce that Governor Charlie Baker has appointed Ann Sullivan and Thomas J. (TJ) Lacey to the College’s Board of Trustees. Ms. Sullivan and Mr. Lacey were both sworn in on Wednesday, February 10, 2016 prior to the monthly Board meeting.

Ms. Sullivan is the President and CEO of Metro Equipment Corporation, which she founded in 1986 to provide quality construction services in Boston and surrounding communities, and owner of OARS Enterprises, LLC, a property management corporation that acquires and maintains a variety of commercial properties. Mr. Lacey joined Comcast in 1988, and has been in senior leadership positions since 2005. In 2010, Mr. Lacey became Senior Director of Sales and Customer Service, with oversight responsibility for the Comcast Plymouth Call Center.

“Ann Sullivan and Thomas J. Lacey are business leaders with a track record of making a positive impact on their communities,” said Governor Charlie Baker. “They will be able to immediately step in and contribute to the important discussions around public-private partnerships and workforce needs taking place right now in public higher education.”

A Dedham resident, Ms. Sullivan has a deep commitment to service, having been a founding member of the American Red Cross’s Tiffany Circle, which was established to unite and engage a group of generous and highly-involved women to continue to ensure that the Red Cross has the ability to help people prevent, prepare for, and respond to life’s emergencies. She is also an active supporter of several other humanitarian projects. Ms. Sullivan brings to the Board extensive leadership expertise, an understanding of the importance of a highly educated workforce, and a strong commitment to bettering the lives of others.

Mr. Lacey, of Weymouth, has a long record of civic engagement and service, having served as a Weymouth Town Councilor since 2000, holding several leadership positions within that body, including President from 2002-2006. He was also a member of the Weymouth Youth and Families Board of Directors from 1990-1996, the Norfolk County Advisory Board from 2011-2014, and the Archbishop Williams IT Technology Committee from 2011-2014. In 2013, he became a member of the Suffolk University College of Arts and Sciences Alumni Board. Mr. Lacey brings to Massasoit executive-level managerial experience, deep knowledge of local government, and an enthusiasm for and commitment to public and civic service.

“We look forward to working with Ann, TJ, and the rest of our Board in the coming months to strengthen and enhance opportunities for our students,” said Dr. Charles Wall, president of Massasoit Community College.

Congratulations to Massasoit students Wendy Bier-Swanson, Michael Coleman, and Rebecka Pinkham, winners in the New Impressions Printmaking Competition, and their professor, Linda Dunn. Massasoit took home awards not only for most entries, but for most individual winners. The winning student artwork is pictured below. 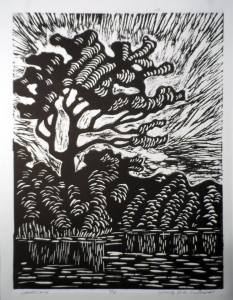 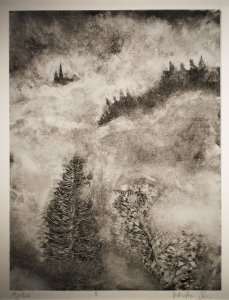 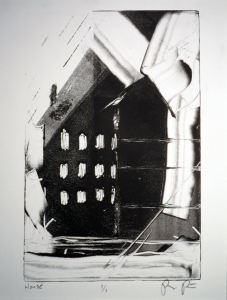 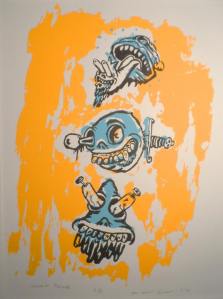